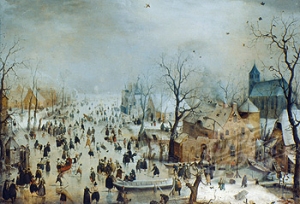 Tomorrow will be Monday 23rd January, aka Blue Monday, the most depressing day of the year. Cardiff University’s Dr Cliff Arnall empirically established that we collectively hit a low point because of the cold weather, fading Christmas memories and broken New Year’s resolutions. On top of this, more accidents happen than on any other day of the year, and more people are ill. On my part, I’ve tried hard to beat SAD (Seasonal Affected Disorder) by doing something fun at least once a day. Yet last night I caught myself cursing the chirping birds because they promise spring while there is no end in sight to this cold and dark season.

So for all these SAD people, I’d like to share two sermons that picked me up today. The first was a secular one by Lord Layard at the School of Life, and the second was at Southwark Cathedral during Evensong. Lord Layard, LSE Economics Professor, preached the start of a mass movement. He aspires to a happier society in which people get their happiness from helping others. After years of academic research into the origins of happiness Lord Layard has established ten keys to happier living: GREAT DREAM. The first letters stand for five things to do on each day, Giving – Relating – Exercising – Appreciating – Trying out. Giving not only makes you feel better, but others as well, which again reinforces your own happiness. Neuroscientists found that doing good stimulates the same part of your brain as eating chocolate. Relating and Exercising are further keys to happiness, so why not try out something new such as livening up a January birthday party by having your friends act out improvised themes as my friend Kelly did last night? 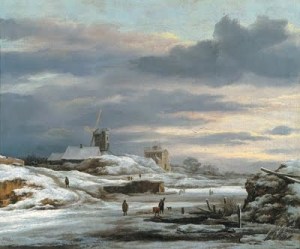 The last letters stand for five things to train our mind in, Direction – Resilience – Emotional positivity – Acceptance – Meaning. Viktor Frankl recounts in Man’s Search for Meaning: “Everything can be taken from a man or a woman but one thing: the last of human freedoms to choose one’s attitude in any given set of circumstances, to choose one’s own way.” Everyone experiences ups and downs, and while no one is happy all the time, it is your attitude that makes the difference between happiness and unhappiness. Linking back to Buddhist thinking, Layard stresses the importance of stepping outside yourself to find meaning in the long trail of human existence beyond your own self.

The sermon at Southwark Cathedral was based on a reading from the Old Testament, Ecclesiastes 3:1, which similarly expresses the long stretches of cyclical time spanning human experience.  The King James Bible’s elegant words give meaning and perspective to the greyness of this season and down points in life. They were written in 1611 and like many of the King James Bible’s verses still speak directly to us across the centuries. They were used almost verbatim in the Byrds’ 1965 song ‘Turn Turn Turn (To Everything There Is A Season)‘:

To every thing there is a season, and a time to every purpose under the heaven:

Tagged ecclesiastes, King James Bible, my generation, religiosity, richard layard, school of life, Southwark Cathedral, the byrds, to everything there is a season 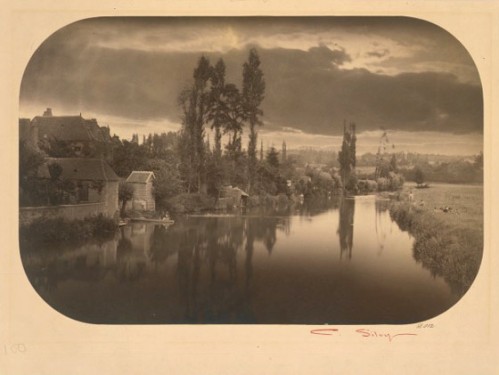 Joseph Losey directs Kiri Te Kanawa, Jose van Dam, Ruggero Raimundi and Teresa Berganza in Mozart’s Don Giovanni (1979). Fantastic music, lush imagery, and spot Donna Elvira’s fabulous bowy costume. In this scene, she sings of her heartbreak by eternal seducer Don Giovanni, who happens to be around the corner, as always hunting the scent of his next conquest…

In a next scene, cavaliere Don Giovanni takes the hand of the peasant bride-to-be Zerlina…

Totally unrelated, Jane McGonigal, Game Director at the Institute for the Future, talks about Blissful Productivity and how gaming can infuse our lives with PERMA – Positive Energy Relationships Meaning Accomplishment. Listen to this if you want to know more about 3 billion hours per week of global computer gaming, super productive to-do-lists and mass thumb wrestling competitions:

Seen today at the School of Life’s Sunday Sermon where maverick cultural figures preach virtues and vices to a secular thirty something congregation in Conway Hall, one of London’s oldest ethical society. The sermon includes the singing of assorted hymns such as ‘Video killed the radio star’ and ‘Working in a coal mine’.

The School of Life and change 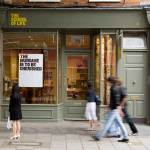 This week I attended a ‘How to make a difference’ class at the School of Life. Along with a bunch of other thirty somethings, I spent an evening honing my non-violent activism skills, and concocted plans to change the world. Most attendees were positive do-gooders, some were just curious as to what exactly is taught at the School of Life.

Located in a Bloomsbury shop, the school is a social enterprise founded by writers and thinkers to teach people to live wisely, or ‘to tickle, exercise and expand your mind.’ On offer are classes on ‘How to make love last’, ‘How to balance work and life’, as well as Secular Sunday Sermons, Psychotherapy and Bibliotherapy sessions. You can practice your conversation skills in Conversation drinks, and nourish your mind at Reading retreats. 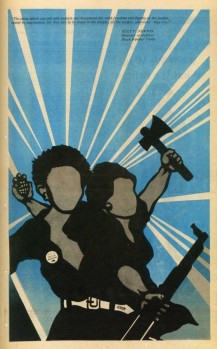 In this particular course, journalist John Paul Flintoff spoke about how to be self-sufficient by sewing his own clothes and 198 other forms of non-violent activism. Like the story of the Yugoslavian students who instigated the mass protest against Milosovic’s regime of fear by pasting stickers ridiculing him all over Belgrade. Or like the Norwegians infuriating German occupiers by never sitting down on the empty seat next to them.

Alain de Botton, pop philosopher and ambassador for the school, makes the point that it has become suspect to do good. As everyone is now running marathons for charity, people need to be convinced that your cause is worth running for. Since the merger of the entertainment and charity industries, there’s a whole fashionable lot of people who want to do good, from Bono and Brangelina to ecological hipsters. Their charity seems to be motivated by a contemporary sense of needing to be that special person. Many have quite fuzzy ideas about what exactly is the problem, let alone how to fight it.

Successfully changing the world, however, may depend less on fame and money than on a clear course of action, and a cross-society coalition for change. This is the idea behind the Dutch National ThinkTank, a Dutch charity founded five years ago to ignite social innovation. Bright young things from politics, business and academia each year join forces to spark creative and practical innovation through rigorous analysis.

So the point is to make it happen. Define the problem, create the solution and convince the world, together. And check out the School of Life.

So, honesty, I think it’s underrated in most friendships. Although being Dutch most of my friends already think I’m frank and direct, I don’t think I do enough of it. Why? Because it keeps a friendship straight and simple. There’s no point hiding my disappointment (within reason of course) when a friend cancels an appointment for example, just as I wouldn’t hide my enthusiasm when they would propose doing something fun. I tend to feel that showing the disappointment is a sign of weakness but actually it’s much better to make it clear to my friend what is the type of friendship that works for me. If that matches from both sides, then fine. If not also fine, though a shame – but you at least give each other the opportunity to make amends.

Of course it’s a bit tiresome to play this game all the time, and mostly it’s not even necessary. But sometimes you get this nagging feeling and you just don’t know what was the beginning or the end of a withering friendship, and then I wish that I’d been clearer much earlier.

It’s like a girl taking the initiative to kiss a boy – it feels liberating to take charge and to be zen about the outcome… 😉 More on this after attending the ‘How To Be a Good Friend’ class at philosopher Alain de Botton’s very cool School of Life, or perhaps the ‘How Necessary Is A Relationship‘ one.